The Comal County A&M Club is excited to announce its 2022 Muster Speaker! 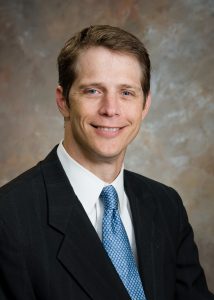 Tobin (Toby) R. Boenig is the Associate Vice President and Chief Compliance Officer for the University of Texas Medical Branch (UTMB Health). Toby is responsible for planning, implementing and maintaining an effective compliance program at UTMB Health. He monitors and reports results of compliance efforts across the institution and provides guidance to executive management regarding compliance issues and requirements, as well as regulatory law advice.
Toby is originally from the small town of Marion, TX where he graduated with 54 people. After he graduated high school in 1991, he became a state vice president for the Texas FFA Association. Through that experience he traveled across the state promoting youth leadership and the agriculture industry.
Toby enrolled in Texas A&M University that same year. It was there that he pledged to his friend that while at A&M he would concentrate solely on his classes and not get involved in anything extracurricular. That only lasted a couple of weeks. Toby served in many student leadership positions while at A&M which included Speaker of the Student Senate and Student Body President. He graduated cum laude in 1996 with a Bachelor of Science Degree in Agricultural Development.
He returned to Texas A&M in June 1998 to work in the Services for Students with Disabilities Office and later took over as Manager of Collegiate Licensing that same year. While his professional career at Texas A&M was brief, he was honored to have a Fish Camp named after him. He has spoken at numerous Musters throughout Texas, including the Campus Muster in 2011.
Toby later graduated from the University of Texas School of Law and began his legal career in Houston with Vinson & Elkins and later MD Anderson Cancer Center. Toby lives in Houston and has three children: Kieran, Sawyer, and Elizabeth.